Usenet is the Last Bastion of Internet Freedom 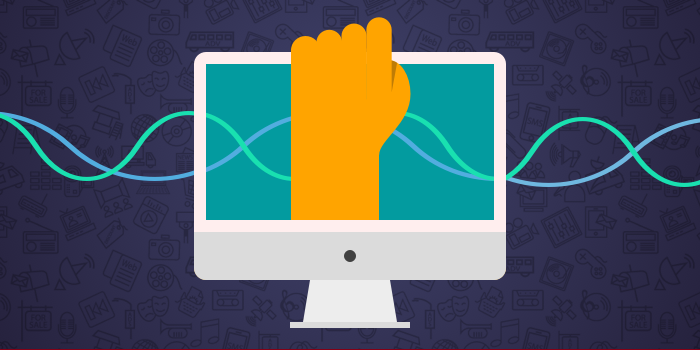 Recent headlines should have anyone that uses the Internet a little concerned. Not just those who are currently being targeting by activists, and Tech companies for hate speech, but anyone who has a belief, a position, or even a stance on an issue someone could find offensive. The social winds in the U.S. have gone through a number of dramatic changes throughout the centuries, but the one thing that has been constant is the protected public discourse for those with opposing opinions. Sadly, that unfettered belief and support of Free Speech appears to be a waning trend in the U.S.

In no way are we advocating for the hate speech being spewed, nor would we ever. However illogical ideas and arguments can only be defeated with logic, and understanding – not censorship or some mob version of public banishment. That kind of solution only happens in authoritarian regimes that do not respect free speech.

For decades the Technology industry has pushed against any legislation that would make them unquestioning censors on behalf of the government. We’ve argued with them – side by side – that we are innovators who create creative space. It is up to law enforcement to determine who has committed a crime. That was true until Charlottesville, when dozens of large Technology companies decided to do their part in censoring the hate spewing perpetrators, along with their sympathizers. Big Tech showed the world that they are more than capable of conducting their own anti-thought, censorship campaign. They proved to every halfwit elected official that we are more than capable of going after anyone they deemed unruly, or disruptive to one’s harmony, or electorate.

The Internet has thrived since its introduction because it has been a place where individuals could connect with one another. They've shared ideas, problems, and solutions, allowing innovation to take its course. We see now, still a bonanza of ideas coming to fruition because of the unchecked space that is the Internet. However, that looks like it may be coming to an end. The origins for using the Internet as a forum for ideas and to connect like-minded individuals started well over a decade before in Usenet Newsgroups.

Usenet started in 1980, and is the precursor to the web browsing Internet we are all familiar with today. It is simply put, a public space where people can communicate through threads. The most notable differences between Usenet groups and the modern Internet is there is no central server, or dedicated administrator. Essentially it has been an all but forgotten free space of thought that has existed for almost 50 years.

Unfortunately people are clamoring for the end of free space to use as a place to discuss, diverge, or support ideas in an attempt to silence their opposition. What they are not considering how this will impact them when the winds of change flow in another direction. They have made it difficult, if not dangerous to have an opinion, but a simple and reliable place to communicate ideas does exist in the form of Usenet newsgroups. So before you go off hiding from self-deputized activists, corporate entities, or even government censors, remember that there is still a place to learn without an invisible hand trying to guide the way.